Posted on September 19, 2010 by Panajachel Chamber of Commerse Online

Symposium to Examine Legal and Environmental Effects of BP Spill

The Symposium to Examine Legal and Environmental Effects of BP Spill  was very enlightening. I almost was shown the door. When you are in a room full of law students, intellectia and a few victims, most of the journalism is on the blogger. Only one news outlet showed up. So after I asked if there is a securities law prohibiting corporations from buying stock back after a man made disaster, or during a war, I received the hard looks, and was labeled “the trouble maker”. Me.

I came away from this symposium with one question answered. Is the Gulf seafood safe to eat? And that answer depends on who is eating it.

If you are a tourist, not eating more than a few meals, chances are real good, you not going to die of cancer. But if you live here,(Gulf States) and your diet is primary a seafood diet, chances are you will over long hall contract cancer.

The keynote speaker, a lawyer,

Stuart H. Smith spoke about how FDA’s standards for Gulf seafood may be lower than those in past oil spills . So the FDA lowers the standards after the spill. So, who does that help. Are we as a society feeding off of misery to the extent that we lower the standards on our food supply so there is plenty of business down the line for the health sector of our economy. And who gets the cancer? I think you know who. Where is Al Sharpton on this one?

The next big brain twister was the use of Corexit, the despersent. Dr. William R Sawyer admitted that he had no knowledge of the long term effects of about two thirds of the ingredients in Corexit on the environment. His biggest concern was the long-term effects on fish larvae. Which means we may see a significant decrease in seafood populations next year. He showed a video on how despersents work. So if you’re wondering where all the oil went, it went nowhere. It is dispersed throughout a five-mile deep water column floating around the Gulf of Mexico. Corexit actually makes the oil more sticky. And it likes to stick to glass. Which is what beaches are primarily made of.

Another topic of interest to the all the folks who rushed down here to do their volunteer work, or the fisherman who went out on the water to set containment booms was the long term effects on oil spill cleanup workers.

The panels’ estimate of how much oil was leaking during the spill is 4.9 MILLION gallons a day! 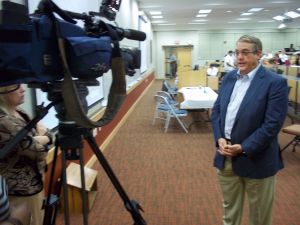 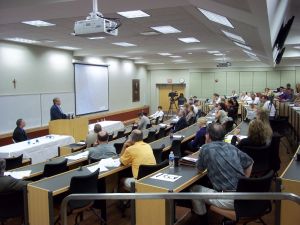 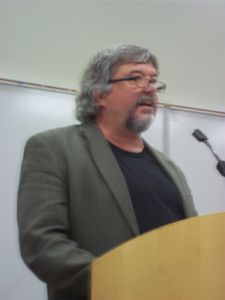 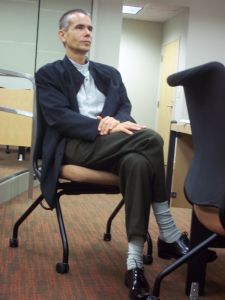 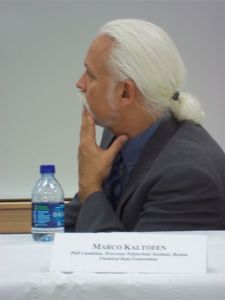 And the icing on the cake is this one. The Federal Governments second largest source of income after income tax, is guess what? Money from oil and gas leases. What is that number? That number may have something to do with how MMS operates.