Posted on December 14, 2010 by Panajachel Chamber of Commerse Online 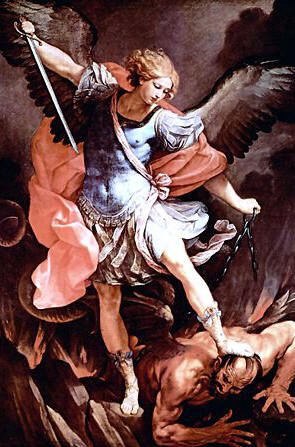 Gulf Oil Spill Disaster and Biblical Prophecy: Is There a Connection?

A number of websites and news organizations have begun to relate the Gulf oil spill with predictions of disaster as told in the book of Revelations in the Christian Bible.

Is it crazy doom and gloom theory? Or is there something to it?

Revelation 8:8-11. “The second angel blew his trumpet, and something like a great mountain, burning with fire, was thrown into the sea. A third of the sea became blood, a third of the living creatures in the sea died, and a third of the ships were destroyed … A third of the waters became wormwood, and many died from the water, because it was made bitter.”

Apart from the spiritual beliefs of individuals, there are similarities in what we are able to see in the Gulf of Mexico now, and what was written then.

Approximately one-third of Gulf waters are now off limits to fishing, and many images of the oil spill resemble an ominous river of red. Thousands of uncounted sea creatures have died and the numbers are still rising. Some patches of surface oil have been set on fire and BP plans to burn more.

The Christian Bible states that the tribulations in Revelation are “judgments” for the evils of humanity: Greed; hatred; bigotry and discrimination against the poor, among other social and ethical ills, all are spoken against in the Bible. Yet all are found in today’s political and social environment.

The Book of Daniel also describes the “End times” through a series of “visions.”

Daniel 8:17-25. “Understand that the vision concerns the time of the end.” Of evil world leaders it says, “He will cause astounding devastation.. and will cause deceit to prosper and he will consider himself superior.”

There is evidence to suggest that while the middle class continues to shrink and corporate interests seize more power, many of the rich consider themselves superior to the poor. Deceit on the part of lenders and investors was at the heart of the housing market and financial collapse of 2008. As for astounding devastation – one only needs to look as far as the Gulf of Mexico to see the untold catastrophe unfold.

Believers in the Christian Bible have a foundation on which to base their apocalyptic theories as it relates to the Gulf oil spill, along with other foretold events taking place in our world today. “Earthquakes in various places”, violence, upheaval, starvation and other natural disasters, are all referenced as signs of the apocalypse in the Books of Revelation and Daniel. 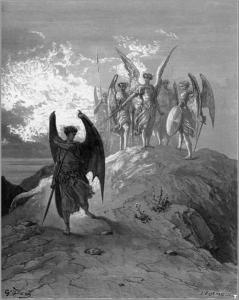 Whether the Gulf oil spill is truly part of Biblical prophecy, or a mere coincidence, will likely be debated until the answer becomes clear.

Regardless of the basis for the events, there are global problems that tie our world together as never before – for better and for worse, and there are few simultaneous threats that can compare to the financial, social and environmental issues that we are facing today.

We are living in a time when history cannot repeat itself, because we have never experienced anything like this before.