Posted on February 7, 2011 by Panajachel Chamber of Commerse Online 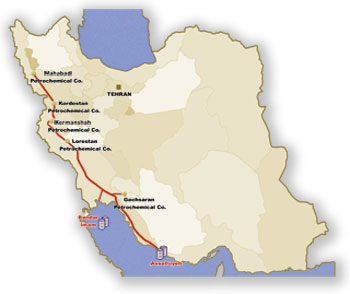 Iran’s efforts to clean up an oil spill stretching 20 kilometers (12 miles) along the shore of the Persian Gulf are being slowed down by stormy weather, Aftab reported, citing an environmental official.

“Heavy machinery at Daylam are active and seeking to clean the crude oil reaching the coast but due to the stormy weather oil stains remain in the sea,” Amir Sedighi, an ecology director at the country’s Environmental Organization said, according to a report in the newspaper today.

The spill was caused by a rupture in the Aghajari pipeline at the port of Daylam in Iran’s southern Bushehr province, the report said, without specifying when the accident took place or how much oil had been lost.

To contact the reporter on this story: Ladane Nasseri in Tehran at lnasseri@bloomberg.net.

To contact the editor responsible for this story: Andrew J. Barden at barden@bloomberg.net