Posted on February 23, 2011 by Panajachel Chamber of Commerse Online 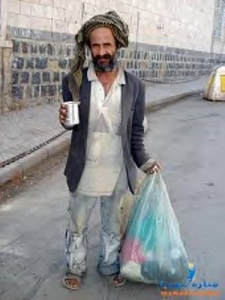 King Abdullah returned home today to a Saudi Arabia seemingly moored in the eye of the storm howling from Libya to Bahrain. But reformers are intensifying calls for political change

Significantly, these calls for change do not include an end to the monarchy, which most Saudis believe would spell disaster.

“Most people, including the young, really do believe in the monarchy, especially King Abdullah – everybody adores him,” says Eman al Nafjan, a prominent Riyadh-based blogger. “It’s just a matter of pushing for reforms” such as an elected parliament and “more transparency and accountability when it comes to the country’s budget.”

There have been some fleeting demonstrations: By college graduates who want the Education Ministry to give them jobs; by Jeddah residents angry about flood damage, and by about 50 women demanding the release of male relatives held for years without trial for alleged terrorist-related activities.

Unemployment, corruption, and these long-term detentions are the issues fueling the most discontent here.

“We need a total reform regarding the dignity of the citizen,” says Mohammad al-Hodaif, who has three male relatives detained for long periods without charges.

Riyadh attorney Abdulaziz al-Gasim also avidly followed Egypt’s gripping transformation on Twitter and on TV. Its affect on his own government, he says, is clear.

“It has put them in the most difficult situation in their lives because this is a clear battle,” Mr. Gasim says. “The goal now is very clear…. It is for good governance and guarantees of that by a constitutional state.”

There is no sign, however, that the government is ready to listen to any political demands. Founders of the Umma Party were arrested and several remain in detention.

In a meeting last week with Saudi newspaper editors, Interior Minister Prince Nayef bin Abdul Aziz, another half-brother to the king and a likely heir to the throne, said that events in Egypt were the work of outsiders and would have no effect on Saudi Arabia, according to a participant and others who got reports on the seven-hour gathering.

Prince Nayef also warned his audience about liberals trying to make Saudi Arabia like the West, they said.

Many Saudis agree with Nayef. They are deeply conservative and leery of change that would dilute their religious identity. And even those who want some reforms are worried about jeopardizing their domestic stability.

“I’m afraid of chaos, like in Iraq,” says Suliman Aljimaie, a Jeddah attorney who thinks change is coming too fast in the Arab world. “The United States said it would move Iraq to democracy and now you see what happened there…. Change should be [introduced] slowly, not with this speed.”