Posted on April 11, 2011 by Panajachel Chamber of Commerse Online 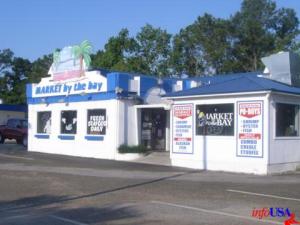 Occupation: She is co-owner of Market by the Bay seafood restaurant and shop in Daphne, which opened in 2004 and later expanded to Fairhope.

The Press-Register reported last summer that business at Market by the Bay was off 30 percent in June and 50 percent in July. By late fall, the restaurant had seen some significant recovery, but the fresh seafood sales remained slow.

Outlook: “The fresh market is still very much in jeopardy, so we’ve come to appreciate more and more every single person who walks through the door. Every day someone tells us we sold them the best shrimp they’ve ever had, and that they appreciate us being here. But there’s still uncertainty,” LeJeune said.

Claims process: Market by the Bay got some initial emergency claim money from BP and then another “chunk” of money in October from the Gulf Coast Claims Facility. There’s been nothing since, LeJeune said. She estimated that the claims money received thus far is perhaps 30 percent of what she feels her family deserves. In the face of an upcoming lawsuit cutoff, the LeJeunes are meeting with a lawyer to “make an educated decision” about whether to sue. “The money we’ve received was just enough to keep us going, otherwise the businesses would have completely folded,” she said.