Posted on October 20, 2011 by Panajachel Chamber of Commerse Online 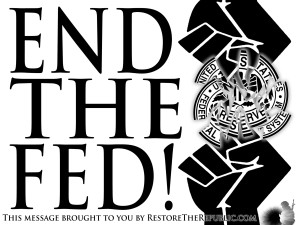 The Occupy Wall Street movement is gaining tons of momentum and is likely to continue picking up steam in the weeks and months ahead. Americans are angry but they aren’t exactly sure what they are angry about and they don’t know for sure who they should be angry with. It is easy for them to point their fingers at Wall Street, but Wall Street is in no way responsible for the financial crisis our country has today.

NIA believes that Occupy Wall Street protesters need to be educated to the facts and truth about the U.S. economy and what is truly causing our economic problems. NIA is getting ready to release ‘Occupy Wall Street the Documentary’, which NIA has produced so that Occupy Wall Street protesters can understand exactly what changes need to be made in America if our country is going to survive the Hyperinflationary Great Depression that will soon hit America and steal all remaining purchasing power that the U.S. dollar still has left.

NIA first saw signs of the protests taking place today back in November of 2009 when we were in Beverly Hills filming our documentary ‘The Dollar Bubble’. We were alerted by NIA members to a major protest that was breaking out at the University of California. We went to see it and witnessed a very violent protest of students upset about a 32% increase in college tuition for the next semester.

The UCLA protest showed us just how angry Americans can  become about inflation. Because we were forecasting massive food inflation to start breaking out in 2010, we made the prediction that we would see large “End the Fed” protests beginning in 2010. We did see massive food inflation in late 2010, accelerating greatly throughout 2011. However, we overestimated the ability for average Americans to quickly point the finger at the Federal Reserve. We also didn’t expect many citizens of foreign countries, especially Arab nations, to begin protesting before Americans did.

About one year after the violent UCLA tuition inflation protest that we witnessed, a larger even more violent tuition inflation protest broke out in London. When Prince Charles’ security detail made the mistake of driving him and the Duchess of Cornwall past the area where the protest was taking place, in a vehicle that cost more than what each protester will earn in the next ten years combined, about 50 of the protesters broke through the motorcycle police protecting the Prince chanting “Off with their heads!”, beating on the side of their Rolls-Royce with sticks and bottles. Luckily, the car was armored and only suffered minor damages, keeping Prince Charles and the Duchess safe. A Jaguar behind it containing police officers was destroyed to the extent that the officers ended up using car doors from the Jaguar as shields, which still couldn’t prevent six of them from being seriously injured.

The food inflation protests that NIA had been expecting for over a year, started to break out in late January of this year in Algeria, with citizens chanting “Bring Us Sugar!” Eight citizens were killed during the protests in Algeria. This quickly spread to a massive outbreak of civil unrest in neighboring Tunisia, where thousands protested food inflation and high unemployment. The Tunisian revolution led to the ousting of longtime President Zine El Abidine Ben Ali, but came at the expense of 79 protesters being killed.

This rapidly spread to the riots in Egypt. Before the Egyptian protests even began, six Egyptian citizens committed suicide in front of government buildings by dousing themselves with fuel and lighting themselves on fire. All together, 846 protesters were killed across different parts of Egypt and over 6,000 more were injured. The Egyptian protesters were eventually successful at getting Egyptian President Hosni Mubarak to resign from office.

NIA saw the resignation of Mubarak as a farce from the beginning. We couldn’t understand how thousands of angry Egyptians who were calling for Mubarak’s head would within seconds of his resignation announcement erupt into cheers like Egypt had just won the World Cup. The resignation of one man would not eliminate the corruption in Egypt’s government and fix their inflation and jobs crisis. Most of Mubarak’s cronies are still in power. Mubarak agreed to just take one for the team. For the protesters to declare victory and go home after one man announced his resignation shows that most of the protesters were sheep who were just copying their friends without having a real grasp on the issues affecting the economy in Egypt. What if Mubarak came back on television and said “I was just kidding” or “I just changed my mind and decided not to resign”, would the protesters have come back?

After Egypt, the protests spread to Jordan and Yemen. Once again, food inflation was the main root cause of the protests, something that the mainstream media in the U.S. largely ignored when reporting on the protests. The American mainstream media was not allowed to discuss inflation when corresponding about the global inflation protests, because it didn’t want the world to connect the dots and realize that Federal Reserve Chairman Ben Bernanke is more responsible for the global food inflation crisis and protests than the leader of any foreign country.

Because of the U.S. dollar’s status as the world’s reserve currency, the majority of the world’s most important agricultural and energy commodities are traded in U.S. dollars. When Bernanke prints trillions of dollars out of thin air in an attempt to reinflate the Real Estate bubble and lower unemployment in the U.S., it has a direct affect on what foreigners pay for all goods and services around the world. With China printing massive amounts of Yuan to keep it pegged to the U.S. dollar and the Bank of Japan intervening to keep the Yen from appreciating too rapidly against the U.S. dollar, countries like Australia are now quick to blame any short-term dip in manufacturing, agriculture production, or energy commodity exports on their currency being too strong against not just the U.S. dollar but the Yen, Yuan, and most other fiat currencies.

In just the last two weeks, the Australian dollar has risen 9.5% against the Yen, 8.5% against the U.S. dollar, and 8.6% against the Yuan. It should be no surprise to NIA members that attempts to copy “Occupy Wall Street” in Australia have been dismal. After 1,000 protesters initially showed up in Sydney on Saturday for their own “Occupy Wall Street” protest that was supposed to continue “indefinitely”, less than 50 protesters remained on Monday as most people returned to work. Australia doesn’t have an inflation or unemployment crisis because their central bank did the right thing and raised interest rates to 4.75% at a time when everybody else was lowering them. This is why since the inception of NIA we have always suggested Australia as our top choice for Americans to move to if they want to get out of harms way before hyperinflation hits the U.S. We hope that the Reserve Bank of Australia will continue to do the right thing and ignore calls from all around the world for them to lower rates.

The mainstream media is currently once again focused on the financial crisis in Europe, which is temporarily distracting from the debt crisis that really matters in the U.S. On Halloween, the official U.S. national debt for the first time ever will surpass U.S. GDP. At any time now without any warning or any new catalyst, we could see a huge onslaught of dollar dumping that causes the economic equivalent of 9/11.

There is no hope of preventing hyperinflation in America when President Obama is unwilling to consider any measure that would cut government spending in a meaningful way. In August when the Budget Control Act of 2011 was enacted by Congress, the mainstream media was widely reporting that the “supercommittee” formed by the act would be in charge of finding $1.5 trillion in spending cuts by Thanksgiving. In reality, this “supercommittee” that Obama was so heavily relying on to pay for his proposals in his “jobs bill”, is not responsible for finding $1.5 trillion in spending cuts but only a $1.5 trillion reduction in the budget deficit over 10 years.

Obama promises to veto any proposals that make large spending cuts, especially to entitlement programs. Many Democrats are calling for a new 5% “surcharge” on Americans earning over $1 million per year. Within a few years, an annual income of $1 million will only have the purchasing power of what a $100,000 salary has today. This proposed new tax would discourage small business owners from expanding and hiring new employees. It would destroy any remaining hope that is left for a real economic recovery and encourage most American entrepreneurs to leave the country permanently.

Even year-over-year core-CPI growth rose for the 11th straight month to 1.97% in September, an increase of 223% from year-over-year growth of 0.61% in November. NIA estimates the real rate of U.S. price inflation to currently be 8.5% on a year-over-year basis. It was just announced that American retirees receiving Social Security will receive a 3.6% COLA increase, the first increase since 2009. Social Security is the main reason the U.S. government reports artificially low CPI numbers. By giving retired Americans only a 3.6% Social Security payment increase when real price inflation is now 8.5%, Congress gets to spend the difference in the ways they see fit.

With inflation spiraling out of control, the government knows that they soon won’t be able to afford even the artificially low COLA increases they are making today. Congress is now exploring ways to keep future COLA increases as low as possible. Many clueless Keynesian economists in Washington are now arguing that the inflation measure the government uses to calculate COLA increases, the CPI-W, is overestimating true increases in the cost of living. These economists claim that Americans can shift between items and if veal prices are rising too much, they can eat chicken or if lobster prices are rising too much, they can eat shrimp. They propose that the government switches to a version of CPI that accounts for these changes, called “chain weighted” CPI.

All Americans know that their cost to maintain the same standard of living has increased by a lot more than 3.6% over the past year. The CPI-W being used today already artificially understates inflation so much that current Social Security recipients deserve to be receiving triple their current payments. If “chain weighted” CPI was being used today, American seniors would only receive a 3% COLA increase next year.

If the U.S. government did the right thing and invested all FICA tax receipts into gold, it would be able to give Social Security recipients an increase next year of around 8.5% like they should be entitled to. American seniors are being hurt most by inflation because health care has consistently had the highest rate of inflation out of all goods and services. A COLA increase of 3.6% is nothing when NIA estimates the real rate of health care inflation to currently be 15% or 76.5% higher than the overall real rate of price inflation. To artificially lower COLA increases even more would mean utter devastation to the U.S. economy as seniors would need to reenter the workforce and Americans with jobs would need to stop spending money on goods and services in order to help their parents. This would mean even less jobs for the youth in America and less support for them from their parents.

If you would like your friends and family members to be the first to see ‘Occupy Wall Street the Documentary’ coming soon, simply tell them to become a member of NIA for free today at: http://inflation.us

Editors Note: The Fed is at the core of worldwide inflation for sure. The U.S. is in Biflation, a combination of rising commodity prices and falling asset prices.

Until those MBS’s are deconstructed in their entirety no one will buy that inventory. Occupy Wall Street is right to target the banks.