Posted on October 28, 2011 by Panajachel Chamber of Commerse Online 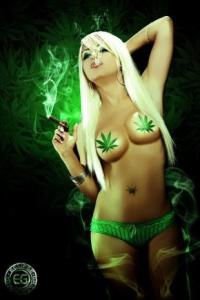 Medical cannabis may get approval

Czech Republic – A  group of medical and criminal law experts are moving forward with drafting a plan that would clear marijuana for medicinal use.

“There is a consensus between parties in the coalition and with the opposition that making marijuana legal for medical purposes is a good thing,” said National Anti-Drug Coordinator Jindřich Vobořil, deputy chairman of the committee drafting the proposal.

“It only makes sense if there is a need to use it, which there is. The law will change in such a way that marijuana will still be illegal but there will be legal ways to obtain it, similar to morphine.”

The committee process comes in the wake of a story first reported by The Prague Post in August, which saw a number of high profile politicians lend their signatures to a petition that backed clearing cannabis for medical use. That petition now has more than 8,000 signatures.

“I’ve spoken to a number of specialist doctors and also listened to what patients themselves have had to say,” said Chamber of Deputies Speaker Miroslava Němcová (Civic Democrats, ODS), who backs the proposal. “The situation needs to change.”

The committee has met twice thus far, Vobořil said, and comprises two subcommittees: one focused on medical components and another on the legal aspects. A third meeting is slated for November, when the group hopes to solidify its proposal.

A changed law is likely to include a licensing system for those legally importing or growing cannabis.

Vobořil said he expects Parliament to draft its own bill based on the committee recommendations and is hopeful a law will be in place by the end of 2012.

U.S. Opponents of legalizing medical marijuana argue the use of the drug is already out of control in the Czech Republic, which has the highest rate of cannabis use among those under 34 in the European Union.

– Jack Buehrer contributed to this report.

source: Medical cannabis may get approval –  News    – The Prague Post